Theatre: The Man the Sea Saw 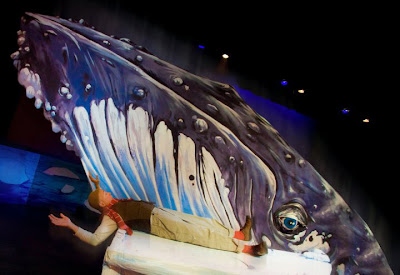 How many Wolfe Bowarts are hiding out in Perth? The native Arizonan has lived quietly in WA for years, but it’s taken this year’s Awesome Festival to finally get him to perform his acclaimed physical theatre in his adopted home town.
It’s not that he doesn’t want to be recognized at the local IGA, though. It’s simply that his shows, which have included the Helpmann Award-nominated Letter’s End and the international hit LaLaLuna are in such demand around the globe that he has never found the time.
On the strength of his charming, mischievous The Man the Sea Saw, it’s easy to see why. And it was nice to think that, for once in his career, Wolfe Bowart could drive home after work. He should do it more often.
Link here to the complete review in The West Australian
Posted by David Zampatti at 10:27 AM