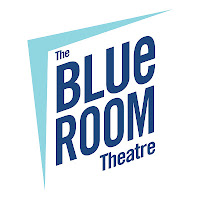 A man and a woman find themselves side-by-side at a lunch counter. Tom (Brendan Ewing) is tall and handsome; Helen (Alicia Osyka) is short and dumpy. Click. It’s pretty much a love at first sight. But can it survive?
Fat Pig, the American playwright Neil La Bute’s 2004 hit about one of the most pernicious of society’s prejudices, that thin is better than fat, is a success, if not an unmitigated one.
Helen is a smart, eccentric, and very forthright, librarian. We’d call her bubbly. Tom is a rising young executive in a colleagues-with-benefits relationship with Jeannie (Georgia King), a sharp, self-assured accountant at his firm.
Tom’s workmate Carter (Will O’Mahoney) has organised office drinks on Friday night, but when Tom begs out because he’s having dinner with “the Sydney office guys”, Carter is curious, and Jeannie suspicious.
Ewing is an actor who consistently finds a way to integrate the characters he plays with his own unmistakeable personality, while O’Mahoney has an ability to find the instantly recognisable in his. They are both terrific in this.
I’ve got the utmost regard for both King and Osyka, but felt they were a little less convincing here. Despite this, Fat Pig is a production with a lot to recommend it and important things to say.

Link here to the complete review in The West Australian
Posted by David Zampatti at 11:50 AM No comments:

Once again this year, our good friends at Luna Palace cinemas are offering Turnstiles readers a chance to win double passes to their very limited screenings of live performances from the National Theatre's 2013 season. As a rule, they arrive on our screens around a month after the live performance at the National.
These immaculately produced films capture live stage performance in a way I didn't think possible; the screening of One Man, Two Guvnors last year was both among the funniest movies, and stage shows, I've ever seen. So forget any notions you've had of live theatre on screen - this is as good as seeing these shows live from the best seat in the house.
Here's the last show in the 2013 season:

THE AUDIENCE: A new play by Peter Morgan, directed by Stephen Daldry with Helen Mirren in her Olivier Award-winning role.
Saturday July 6 and Sunday July 7 at 1.00pm

For a chance to win a double pass to The Audience, simply email fromtheturnstiles@gmail.com with the name of the character Helen Mirren plays in The Audience.


Posted by David Zampatti at 12:26 PM No comments:

The British playwright April de Angelis’s Playhouse Creatures is the best kind of historical drama. Firmly based on, but not bound by, real events and characters, it illuminates an era without either lecturing or tutoring.
It's a perfect choice for the all-female Her Infinite Variety Ensemble (HIVE), whose charter is to create opportunities for women in theatre. Beyond its obvious advantages – five strong roles for actresses – it deals with the most elemental opportunity for women in the theatre; the right to be in it at all, which, on the English stage at least, only came a few years before, in 1660.
To their credit, they’ve had the initiative to turn a disused room in the old Equity Guild building in Claisebrook into a pop-up theatre. It’s fairly rough and ready, and only seats forty, but this instructive and richly entertaining production deserves to fill them.

Link here to the complete review in The West Australian
Posted by David Zampatti at 2:38 PM No comments:

The published text of Arthur Miller’s familiar tragedy of the salesman Willy Loman begins with a description, in unprecedented detail, of its setting. The way the play looks, and what its look says, was clearly important to the writer.
The director of this solid, but only partly satisfying, revival for Black Swan, Adam Mitchell, and his designers, Alicia Clements and Trent Suidgeest, also intend for us to read much, and many things, into their interpretation.
Their vast, grim, set is, at once, a dilapidated industrial space with its grimy central pillar, sparse furniture and gigantic outlet fan, or a neglected railway station concourse, a Mean Central Station, its rows of darkened doors leading to unknown, just as neglected, destinations.
The doors, with their concrete stoops, could be the Loman’s Brooklyn neighborhood, the “solid vault of apartment houses around (Willy’s) small, fragile home” Miller described, but, just as easily, they could be the recesses of Willy’s mind, the holes in his past he escapes to and from that dominate the play.

Posted by David Zampatti at 11:09 AM No comments: