I've never run the Trans-Sahara Marathon or tried the Swim Around Tassie, but I did attempt all three programs at the Proximity Festival at PICA in one night - and that really was a feat of human endurance.
A dozen solo acts, each performing to an audience of one, is an intriguing concept. It's immaculately organised by curators James Berlyn and Sarah Rowbottam, stage manager Mary Wolfla and their team of wranglers who move us from act to act.
It goes without saying that you're in for a range of encounters and you're going to be captivated and challenged by some acts more than others.
But if, as I was, you're going to be immersed in something for more than four hours, there needs to be an overarching sensation that drives you deeper and deeper into the experience. In that, I'm afraid, Proximity fell well short.

Link here to the complete review in The West Australian.
Posted by David Zampatti at 11:57 AM No comments: 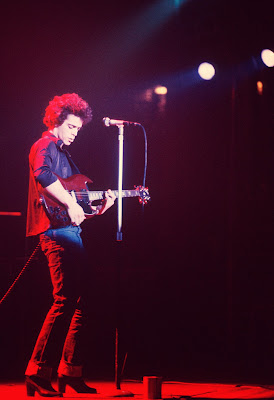 I'll be your mirror
Reflect what you are, in case you don't know
I'll be the wind, the rain and the sunset
The light on your door to show that you're home
I find it hard to believe you don't know
The beauty that you are
But if you don't let me be your eyes
A hand in your darkness, so you won't be afraid

It's tempting to think of The Cake Man primarily as a political milestone rather than art but that would be doing it an injustice.
Written by Robert J. Merritt in Bathurst Prison in 1974 and smuggled out of jail to the newly formed Black Theatre in Redfern, it was the first professional, full-length drama to arise from the growing Aboriginal performing arts community in inner-city Sydney.
The following year, Merritt was taken to its opening night by prison guards and the cast refused to perform until his handcuffs were removed. In the shadowy half-world between paternalism and oppression, and (admittedly far from complete) acceptance and reconciliation, life has strange ways of imitating art.
For Yirra Yaakin, this co-production with Sydney's Belvoir is an important step for an important company and the result is an impressive revival of an equally important landmark in this country's theatrical history.

Posted by David Zampatti at 10:16 PM No comments:

I play a little game with the writer, director, musician and lighting and sound designer Joe Lui. It comprises using more and more extravagant superlatives to describe the polymathematical Lui (whoops! I’ve done it again) who sometimes seems the mortar without which the entire edifice of alternative theatre in Perth would collapse.
It’s hard, though, to imagine an adjective that would do Lui’s epic, The Tribe, justice. “Ambitious” hardly suffices to describe a play that re-jigs Paradise Lost before interval, before moving on to six million years of evolutionary theory after drinks.

Read more »
Posted by David Zampatti at 1:40 PM No comments:

Matt (Shane Adamczak) is a young man with a problem - he dreams too much. His therapist, Dr Vangillies, explains that he spends 85 per cent of his slumber in REM sleep, the time of dreams. It dominates his nights, and waking dreams wreck his days.
A girl - with trampoline - moves in across the street. Kelly (Amanda Woodhams, who also plays Vangillies) is also troubled, but the reasons for her distress are much more obvious. She's lost her mother to cancer and her father's grief has turned to violent anger.
It's not unusual to have sympathy for a play's characters but Adamczak makes us really feel these damaged kids are entitled to a happy ending.
In the end, Kelly cures Matt as he frees her. But Adamczak sows a last seed of doubt when, in the play's final line, Kelly tells Matt: "I'm your dream come true, baby."
And maybe she is. Or maybe that's all she is.

Posted by David Zampatti at 3:02 PM No comments: 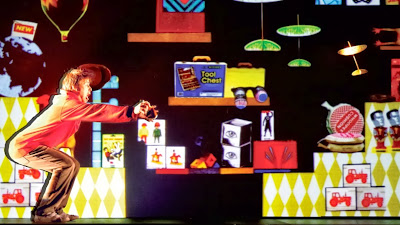 Mercifully, the times when you watch children’s theatre and feel you are intruding into someone else’s world are few and far between. At its best (and the Awesome Festival is full of examples), it’s as exciting and stimulating for overgrown-ups like me as it is for kids.

Read more »
Posted by David Zampatti at 2:53 PM No comments: 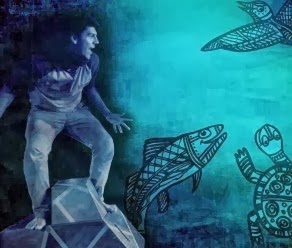 The Noongar word kaatijin means "learning", or "knowledge", and there's no doubt Yirra Yaakin, WA's indigenous theatre company, believes teaching its audiences is a critical part of its purpose. Just as impressive is how adept the company is at learning from those audiences.
You see it in the growing impact and enjoyment of their series of Aboriginal stories for adults at the Blue Room. And much the same development is evident in the origin stories they tell for children at the Awesome Festival.
This year's, Kep Kaatijin, has much to recommend it, and promises even more for Indigenous theatre for children in the future.


Posted by David Zampatti at 7:19 AM No comments: